Shopping Cart
Your Cart is Empty
Quantity:
Subtotal
Taxes
Shipping
Total
There was an error with PayPalClick here to try again

Thank you for your business!You should be receiving an order confirmation from Paypal shortly.Exit Shopping Cart

Click this text to start editing. This block is a basic combination of a title and a paragraph. Use it to welcome visitors to your website, or explain a product or service without using an image. Try keeping the paragraph short and breaking off the text-only areas of your page to keep your website interesting to visitors.

A Country Singer With Heart!

Hi, my name is Alan Kirk Wobbeking, and I'm pursuing my passion for singing,  performing & entertaining.

I'm a farm boy from Iowa.  I volunteer & have performed for multiple veterans organizations throughout the state of Colorado and also sing/perform for our elders at over 20 facilities in Larimer County as well facilities in both Wyoming and Idaho! (Independent & Assisted Living and Nursing Homes).

Click this text to start editing. This simple title and text block is great for welcome or explanatory text. When writing, try to keep things down to a few lines at a time. Break up your content into different blocks to keep your page interesting.

Click this text to start editing. This simple title and text block is great for welcome or explanatory text. When writing, try to keep things down to a few lines at a time. Break up your content into different blocks to keep your page interesting.

Born and raised on a 200-acre farm in Dows, Iowa that my Grandparents established back in 1906. I was the baby of seven Children.

I’ve always loved to sing! The first song I remember singing was Winchester Cathedral in the family car at a very young age. I used to spend hours playing ole 45's my older siblings had laying around. 4-21 years between oldest and myself, gave me a pretty diverse genre to choose from.

In 4th grade, I recall singing My Ding-A-Ling by Chuck Berry over the phone to my 6th-grade girlfriend.

Was always beating on things as a kid and was encouraged to join band so I started playing the drums (percussion) in the 4th grade and I excelled as a percussionist throughout my next 8 years of School. I was a member of the Dows Community High School Concert Band, Marching Band, Pep Band, & Jazz Band. In my Junior year Jazz Band Christmas Concert. I did " In-A-Gadda-Davida" drum solo originally done by Iron Butterfly. Yep, I wasn't bad!

My first bicycle was a Shetland pony! When I was not working on the farm, attending school or drumming for the band, I did my best to stay out of trouble.

My Heroes Have Always Been Cowboys

Click this text to start editing. This block is a basic combination of a title and a paragraph. Use it to welcome visitors to your website, or explain a product or service without using an image. Try keeping the paragraph short and breaking off the text-only areas of your page to keep your website interesting to visitors.

A Country Singer With a Heart

After 2 years of college and no job prospects, I made money that winter (1983) selling fox and raccoon furs.

Sister Jolene was home for Christmas that year and asked that I come stay with her and her husband in Phoenix.

That turned into 2 years in Phoenix, 9 years in Northern California, 2 out in Colorado, 5 in Idaho, and 1 on Guam.

My Journey as a Singer

After meeting a local artist in Wellington, Colorado in 2011, I discovered that I have some talents that I never knew existed. I realized that I knew the lyrics to thousand of songs and began singing them vs reading them.

In 2012, I won Loveland Idol! One night I sang After the Lovin by Engelbert Humperdinck one of my mother's favorite songs I'd sing. I did this as a tribute to her at the Island Grill in Loveland, Colorado. After my performance, an elderly woman approached me in tears saying that she had just recently lost her husband and that he had sung that very same song to her every night.

That woman became my adopted mother. Her name was Miss Bonnie. She was 72 at that time when we met. She asked me to sing for her and her friends at Thompson Manor, an independent living facility in Loveland. I know that my real mom and dad are smiling on me from heaven as I bring joy and happiness to elders.

The year 2013, was a turning point for me. During this year, I realized why I am still here.

I started pursuing my passion for singing & music and competed in The X Factor. I was one of 125 contestants selected out of more than 8,000 entries. I felt fortunate to have made it to the third round of the competition and got in front of a producer for the show.

My Chance to Brave My Fears

Growing up on a farm and coming from a small town with a population of no more than 700, the decision to move to Phoenix was a personal challenge for me.

Then While I was living in Northern California, I visited Lodi where I overcame my fear of heights by jumping out of a plane 8 times (OH LORD!)

Moreover, to overcome my fear of sharks, I worked to earn a scuba diver certification while I was staying in Guam. I loved it so much that I went for an Advanced Certificate, which allowed me the awesome experience of night dives, wreck dives, and deep water dives.

I currently perform at Amangani Hotel & Resort in beautiful Jackson Hole, Wyoming every Friday night from 6:30 - 9:30 pm. I also perform at over 20 elder care facilities in Larimer County and have humbly become one of the top favorite entertainers throughout Northern Colorado and now my "new" home state of Idaho. I have driven  UBER Black and the majority of my passengers enjoy hearing me sign for them while I drive!  I have become widely known as the “Best Cab Ride Ever.”

My Successes and Blessings

I may have achieved numerous milestones in life, but they won’t be possible if I wasn’t blessed with amazing mentors. From my six elder siblings who have had their fair share of great accomplishments in life to Rene' Wukich, my professional mentor, I learned so much from them. There’s also Doug Ferguson, one of my best friends in the world who has always reminded me saying, “Al, you’re happy when others are happy.”

After all that I have been through, I realized that the meaning of life is to find your gift and the purpose of life is to give it away. This is why I hope that I could keep singing and share my gift with the world. 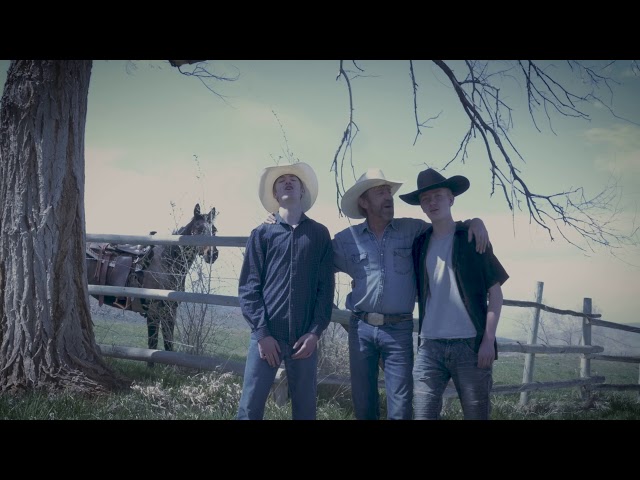 What People Are Saying About Me!